The History of Women’s Rugby 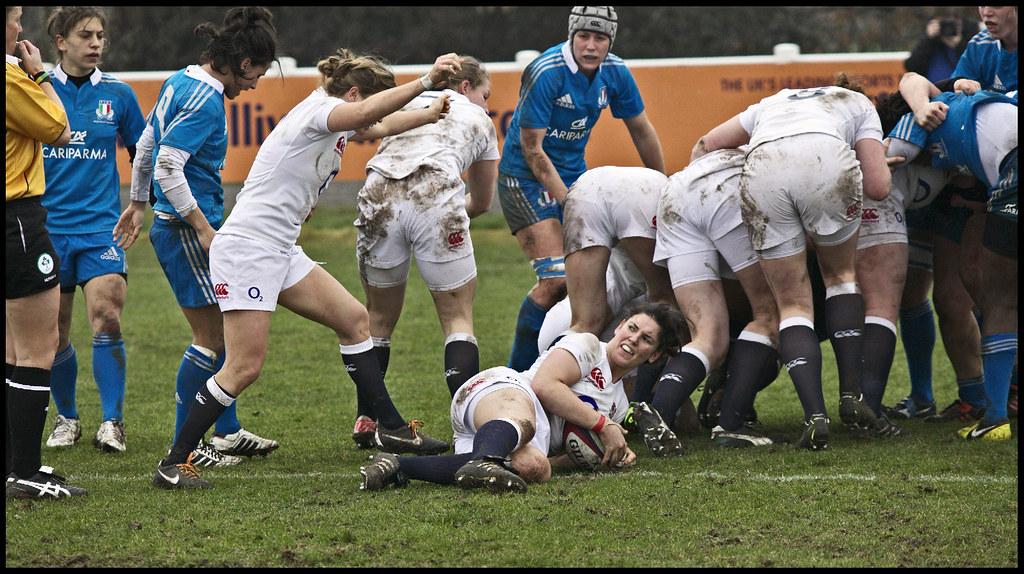 World Rugby, the global governing body of rugby union said there were already 2.7 million women playing rugby in 2019, with a 28% increase since the start of a development plan (and 10% increase on 2018 numbers) that aims to double the number of female players between 2017 and 2025.  Rugby in general is going through huge growth with lot’s of new nations starting to excel at the sport and the women’s game is no exception.

Women’s rugby got off to a very poor start but it has grown exponentially since then, let’s take a look back at where it all started:

The earliest reference to women actually playing rugby proper dates from 1881 with an England versus Scotland game at Liverpool. The game was one of a series on both sides of the border which appear to have mainly been played according to Football Association rules, but reports of the game on 25th June made definite references to touchdowns indicating that something akin to rugby was played on that occasion.

Women’s rugby has evolved massively since it’s inception in the 1800’s, and the game has produced some incredible talent over the years.  But it took a long time, as the women’s game only became more main stream in the 1960’s and French team Toulouse we’re one on the first clubs to start a women’s team.

The 10 greatest rugby players of all time

By 1980 there were club championships in the United States and Sweden, and provincial championships in New Zealand. The game first appeared in Japan in 1981.  In the UK 1983 saw the Women’s Rugby Football Union (WRFU) formed to govern the game across the British Isles.

The first international tournament was not until 1990 – RugbyFest was held in Christchurch, New Zealand.  A variety of club sides, including teams from Japan and four were four national teams€”USA, New Zealand, USSR, and the Netherlands – all played a played a round-robin format tournament.  RugbyFest would be the turning point for women’s rugby.

The first women’s Rugby World Cup didn’t take place until 1991, it was held in Wales and timed to coincide with the second men’s world cup being held in England.  However due to politics at World Rugby, only New Zealand, Wales, United States, England, France, Canada, Sweden, USSR, Japan, Spain, Italy, and the Netherlands took part.  The United States went on to win the first Women’s Rugby World Cup beating England in the final.

By 1993, the Irish and Scottish teams split from the Women’s Rugby Football Union (WRFU)  to set up their own unions.  It would be fair to say that the women’s game and financing was still very poorly represented in the early 90’s.  Under major uncertainty, the second World Cup was held in Scotland after a last minute move from Netherlands.  It would be a repeat of the 1991 final but this time England beat the United States 38€“23.

The first Home Nations Competition took place in 1996, followed by the first Hong Kong 7’s tournament for women in 1997.   However it wasn’t until 1998 that women’s rugby got proper recognition, the 1998 women’s Rugby World Cup was the first to be fully sanctioned by the newly-renamed International Rugby Board, now World Rugby. This would act as a big driver for the game going forward.

Surprisingly in 2002 the Australian RFU dropped support for the women’s team’s entry to the World Cup.

More global acceptance of women’s rugby led to women’s versions of other major rugby union tournaments, and the women’s Five Nations began in 1999, which would later follow suit to the mens tournament and become the Six Nations in 2007.   The women’s teams were now playing in the national rugby stadiums and popularity and the fan base was growing fast.

An official New Zealand Womens Sevens team was selected for the first time in 2000, after unofficial sides had contested the tournament in 1997 and 1999. New Zealand took part at the famous Hong Kong Sevens, winning the Final against Australia. The team assembled again the following year, but did not re-assemble until the 2009 Womens Rugby World Cup Sevens tournament in Dubai.

The Rio Summer 2016 Olympics included men’s and women’s rugby sevens€”with the women’s tournament being given absolute equality with the men’s in terms of both player and team numbers.

Last years Rugby World Cup was one of the biggest sporting events of the year, the 2019 RWC would back up the huge success the women’s game had at the Olympics. That success was matched off the field too with hugely  increased engagement levels from female fans €“ 38 per cent increase in video views by women and the growth of the World Rugby and Rugby World Cup female audience on Twitter to more than 30 per cent.

The most successful nations in the World Cup have been New Zealand, which has won it five times, and England, which has reached the final seven times

The womens designation will be dropped in New Zealand tournament in 2021, when the event will simply be Rugby World Cup 2021 €“ the first tournament to fall under the gender neutral naming regulations.

The same will apply to the Rugby World Cup Sevens tournament, in which the mens and womens events are held simultaneously in the same host city.

3 thoughts on “The History of Women’s Rugby”