Tiring with life as an athlete?!  Maybe see how the below female athletes made the transition to the big screen. 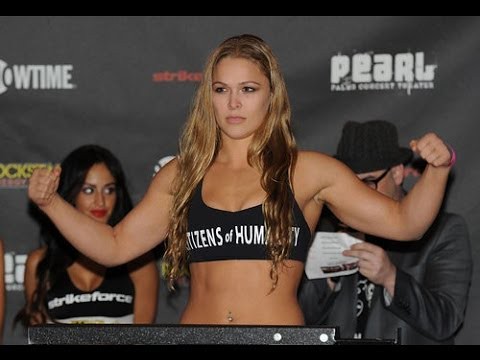 Rousey is responsible for bring female MMA to the mainstream.  Her athlete career started with Judo and at 21, when she won a bronze medal at the 2008 Olympic Games. February 2013, Rousey became the first UFC Womens Bantamweight Champion.

The UFC star had enormous success in the UFC before a shock defeat at the hands of Holly Holm in 2015 and subsequently losing her Bantamweight belt.

Rousey is currently signed to WWE as a wrestler. Her longstanding nickname, €œRowdy€, was inherited from late professional wrestler Roddy Piper.  She is the only woman to win a championship in both the UFC and WWE.

Her stardom lead to an obvious transition to the movies, she has had parts in the movies The Expendables 3 and Furious 7 along with some cameos TV show including Entourage

Carano was a featherweight in MMA and Muay Thai. In 2009, Carano had pitted herself against rival Cris Cyborg, a fight which went down in history as the first time two women headlined a major MMA event which Carano won.  She compiled a competitive record of 12€“1€“1 in Muay Thai and a 7€“1 in women’s MMA.

Carano’s first film experience had been in a small cameo appearance in Quentin Tarantinos Kill Bill: Volume 1, her first leading role was in the 2011 spy thriller movie Haywire, directed by Steven Soderbergh. After that first film, Carano went on to take roles in films like Fast & Furious 6 and Deadpool.

World famous Caitlyn Jenner is better known for her sex change and being part of the Kardashians family than her TV career!

In her athlete life when she was William Bruce Jenner she was a world renowned Olympic athlete.  Starting out as a high school football player, she later became one of Americas most successful decathlon athletes ever, winning the men’s decathlon event at the 1976 Summer Olympics in Montreal, setting a third successive world record and gaining fame as “an all-American hero”

She made not have been a professional but Lavigne was a pretty good played hockey player in school and won MVP twice as a right winger in a boys league.  A few years later her breakthrough single, €œComplicated,€ made her an international pop sensation and the youngest female soloist to have a number-one album in the United Kingdom.

She subsequently went on to have a few cameos, voice overs and supporting actress roles in television and film.