PledgeSports are here to answer the question that’s been much publicised lately, “Are footballers overpaid?”

The last 10 years in world football has seen the biggest transfers ever to be made. More and more rich owners are taking over clubs and we are seeing more and more disloyalty among clubs and players. It seems players do not play for the badge anymore but instead the pay cheque.  With more and more money continuously being pumped into the football economy, we cannot see the average player salary decreasing any time soon. In fact over recent years it seems money is not an issue anymore.

The $3.6m average salary for a Premier League player is more than double the equivalent figure in the German Bundesliga ($1.75m) and Frances Ligue 1 ($1.1m). Players in Spains La Liga earn an average of $2.4m annually, while the figure for Italys Serie A is $1.9m. 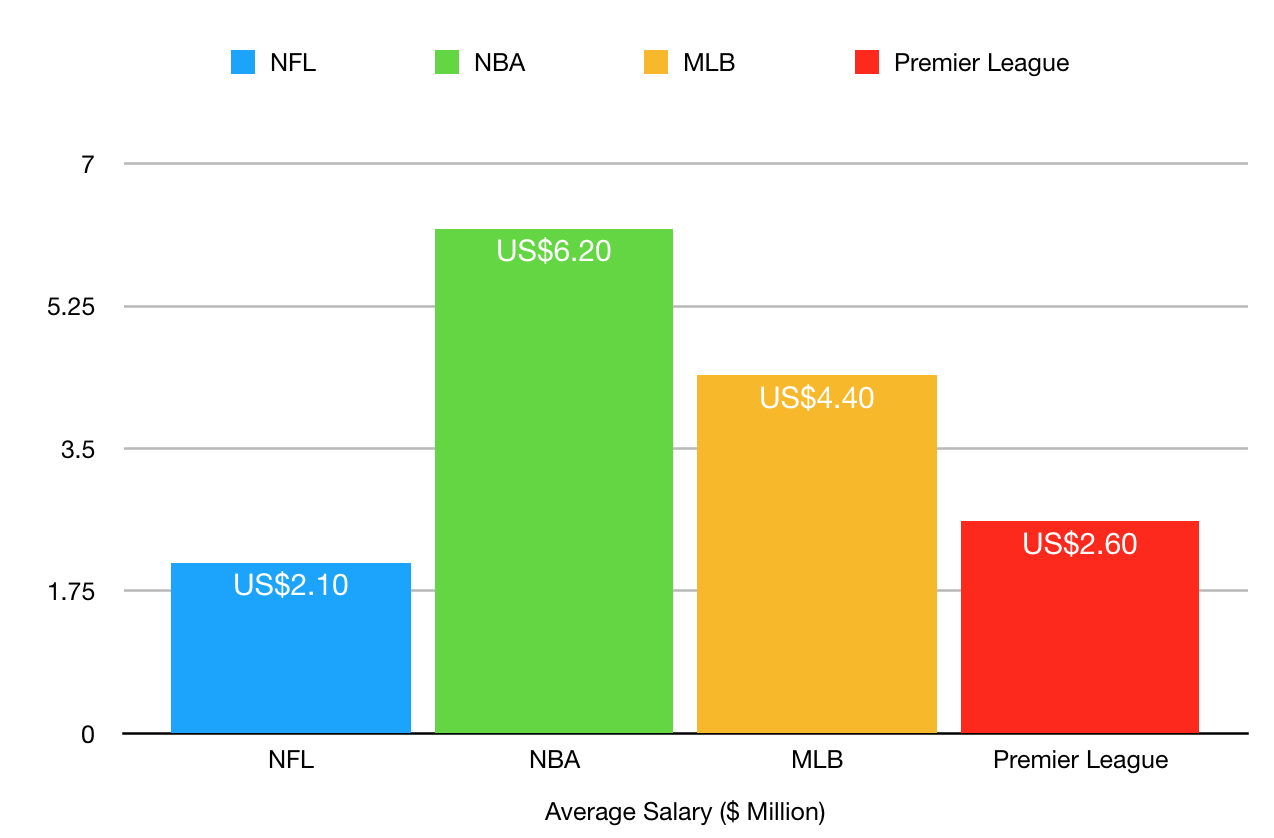 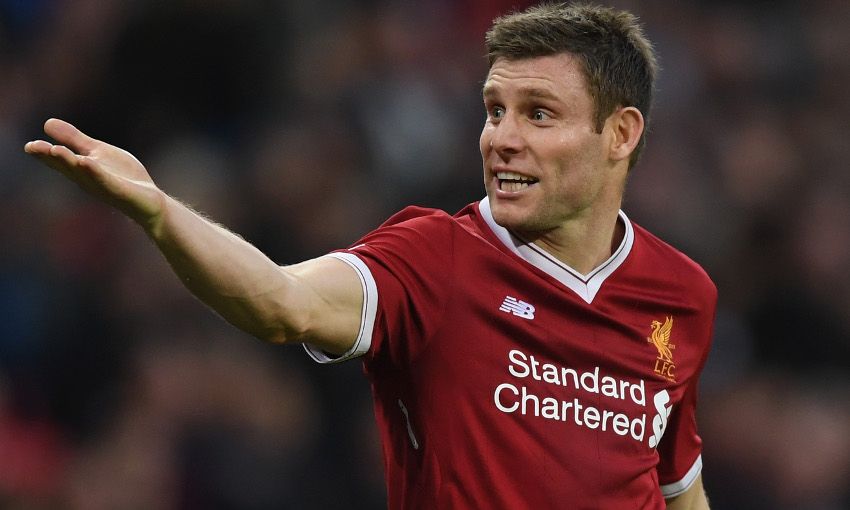 If you cannot justify players earning £100,000 a week on averge then maybe we have the answer to why footballers get paid so much money.

The highest paid athletes across all sport in 2017

Talent –
All footballers that make it on to the big stage have immense talent (some more than others) and have had to work really hard in order to make the grade. Infact only around 10% of footballers make it to the big stage at professional level. It is much harder to succeed at playing football as it usually takes lot’s of dedication and talent to get noticed. There are around 3,500 professional footballers in England alone while there are 240,000 registered doctors in the same country. So the chances of actually making it to big stage in football are relatively slim. 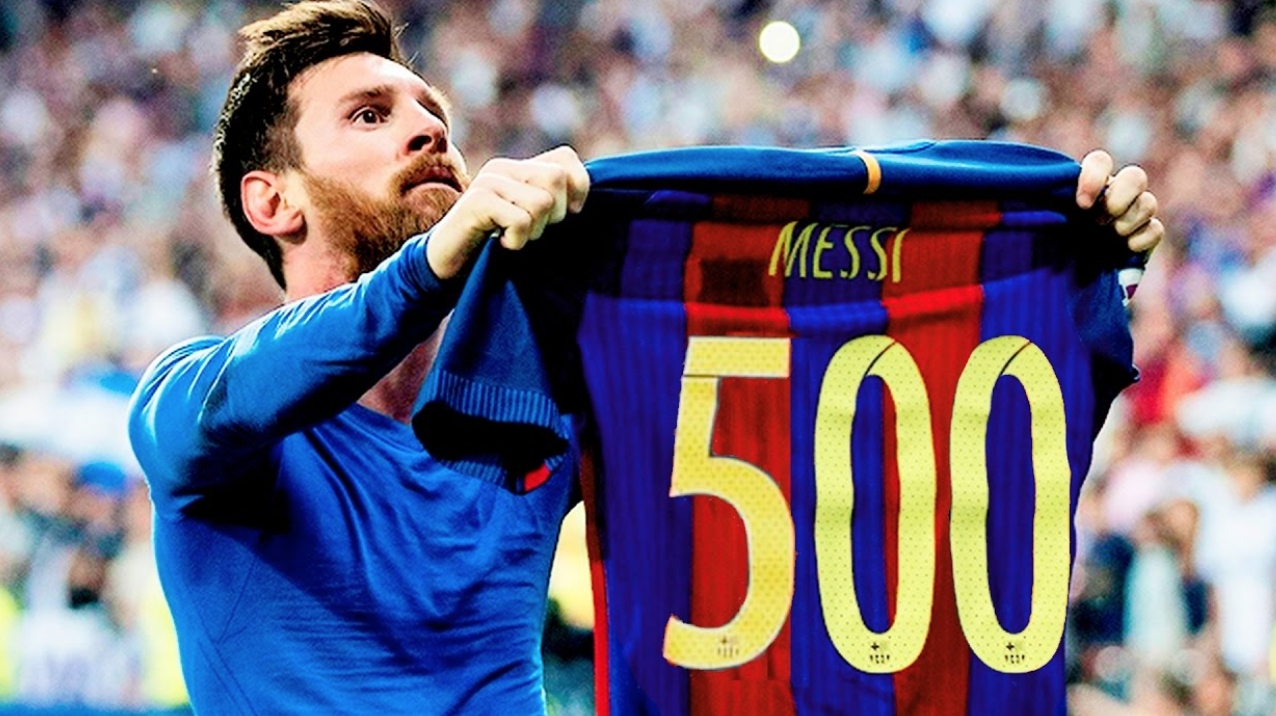 In a recent study published in the International Journal of Computer Science in Sport, computer scientists Lara Yaldo and Lior Shamir from Lawrence Technological University in Michigan used machine learning and data science to analyze the salaries of 6,082 professional European football players.

The model showed that based on skills alone, Lionel Messi should be the world’s highest paid football player, followed by Cristiano Ronaldo, Luis Suarez, Neymar, David De Gea, and Mesut Ozil. However, the model estimated Messi’s salary at about ‚¬235,000, less than half his actual weekly wage. That gap made Messi the world’s most overpaid football player in comparison to his colleagues. Following Messi in the list of most overpaid players in 2016-2017 are Angel Di Maria, Robin Van Persie, Ivan Rakitic, and Nicolas Otamendi.

The 10 highest paid football players in the world

With Mesut Ozil closing out his deal in January 2018, he now will remain at Arsenal until the end of the 2021 season, earning a massive £350,000 per week. The staggering fact is now only second in the highest premier league earners with Alexis Sanchez move to Manchester United has guaranteed him £500,000 a week before tax and an estimated £26m annually. Whether the players deserve this insane amount of money due to their talent alone is what is up for debate continuously.

Career length –
Compared to most other career choices playing football for a living is relatively short. Usually a footballer plays for 15 years if they can avoid injury where possible. In that time frame, they do of course receive extortionate amounts of money, and if you’re exceptionally good like Messi and Ronaldo you are earning lot’s more. However, for the remaining average players this time frame can be extremely small to accumulate what other jobs can offer over a 40 year career.

See how footballers pay compares to the NFL, MLB and NBA 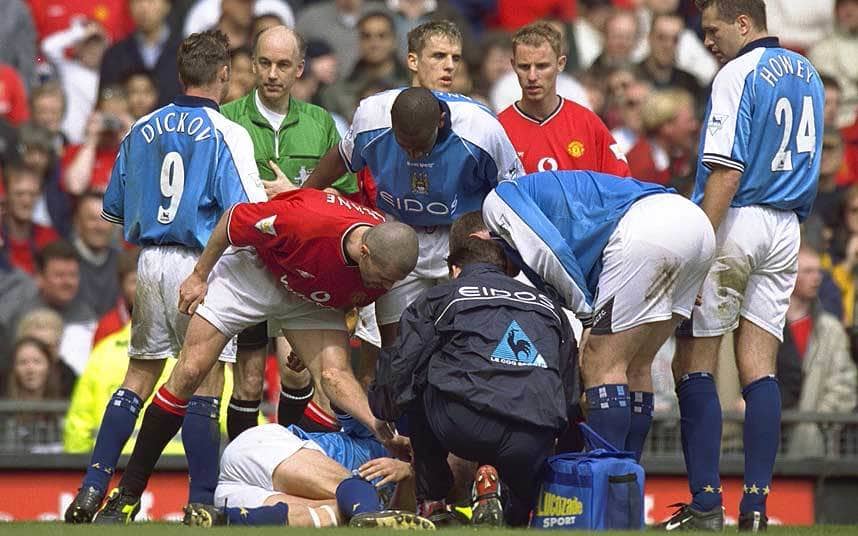 Above – Roy Keane issues a career-threatening tackle on Alf-Inge HÃ¥land.

While most if them are not university graduates, what sort of job can they get after football that will even come close? Some players tend to go into coaching roles at grass root level or sometimes punditry or invest their money elsewhere. For those who are not quite that fortunate after their career, can fall down a slippery slope with no money and huge debt.

It seems no matter the result of the debate, it cannot be denied that the rich get richer and the poor get poorer. For the elite footballers in the world, they are earning extreme amount of money from not only playing football but huge endorsements deals and sponsorships elsewhere. As for the lower league players across the world, it can be extremely difficult to find these lucrative deals and bonuses. The vast majority of footballers only earn 5% of Cristiano Ronaldo’s wage packet not including his sponsorships with Nike etc.

What we can conclude is that there should be a cap on salaries within football so that it is more of a level playing field, however you could argue the best get paid the best and the rest will have to fight for the scraps! So I guess the debate could go on and on.

Sources: Phys.org and others