Fastest sports in the world 1

Everyone has an opinion on this so we though we’d put it to bed by getting some definitive evidence!   To determine the fastest sports we looked at a few fitting criteria –

A ball or item that travels at very high speed that has to be caught or returned by another person.  Thus requiring split second reaction times.

Or a sport that involves someone travelling at very high speed.  Here are the fastest non motorised sports

Here it is, enjoy!

This was a big surprise to us.  There’s no ball here but a shuttlecock, which means feathers! But don’t let this deceive you, this shuttlecock can go very, very fast.  According to the Badminton World Federation, Malaysia’s Lee Chong Wei holds the sport’s record.  He hit a 253mph smash at the Hong Kong open in 2015

Ever heard of pelota?   We didn’t until writing this, but the Spanish game happens to be the fastest ball sport in the world according to the Guiness Book of Records.It’s more than 300 years old, and is played with a curved paddle, and a ball made from rubber wrapped in goat skin.  That ball is nearly as big as a baseball, harder than a golf ball, and has been clocked at 188mph! Helmets weren’t introduced until 1968 when the champion player Orbea ended his career, after getting hit in the head 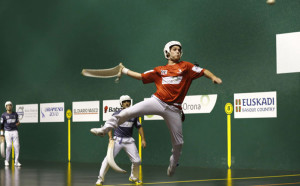 Although squash is played with a hollow rubber ball, the best in the sport can hit it at astounding speeds.  Australian Cameron Pilley is broke his own world record by hitting two serves that were recorded 176 mp/h (281.6 km/h) in 2011

The most dangerous sports you can play

Forehands regularly exceed 100mph and up to 125 mph and with backhands not too far off this so it’s pretty clear that this sport requires lightening fast reactions.  Then you throw in the serve..  With average serve speeds regularly exceeding 125mph in mens tennis and serves recorded up to 160mph, this is truly one on the fastest sports in the world

We answer another much debated question – what’s the fittest sport

Has been the surprise on many of our lists this year from one on the fittest sports to the most watched and played.  And here it is again!

With flicks speeds of up to 70mph and drives at up to 100mph that have to be caught with a small headed stick, it’s clear that this is a very fast game that requires extreme fitness, skill and agility

With skating speeds in to 29mph and pucks regularly clocked at 100mph + ice hockey is well renowned as one of the fastest sports.

While advancements in strength and conditioning have come a long way in the last 40 years, the speed at which a pitcher throws a baseball has not. Although the technology to track pitches wasnt as good, in 1974 hall of famer Nolan Ryan threw at 108.1 mph (174.0 km/h). Since then, Cincinnati Reds reliever Aroldis Chapman has come the closest to reaching that mark, hitting 105.1 pmh (169.1 km/h) as a rookie back in 2010

The 10 toughest sports to compete in

While cricket may not require the extreme physicality and fitness of hockey or tennis players, it does rquire a lot of skill as balls travel at high speeds, with pitchers and bowlers propelling balls at 95-100 mph.  The highest electronically measured speed for a ball bowled by any bowler is 161.3 km/h (100.23 mph) by Shoaib Akhtar (Pakistan) against England in 2003

Hurlings exciting combination of speed and skill is the reason why its often described one of the greatest field sport in the world.  The goalkeeper’s hurley usually has a bas (the flattened, curved end) twice the size of other players’ hurleys to provide some advantage against the fast moving sliotar (ball) which can be hit at over 90 mph in speed and 110m in distance.

Think of another fastest sport? Let us know

The most played sports globally 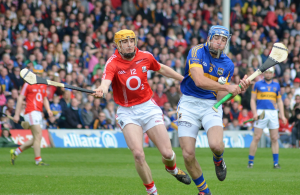 PledgeSports is a revolutionary crowdfunding and sponsorship platform dedicated to sport.