What happens when you cross two of life’s greatest things – sport and film? Needless to say, it doesn’t always work on the silver screen, but when everything clicks we, the viewers, are left with pieces of cinematic magic.

At PledgeSports, we’re huge sports fans and have helped athletes and teams from every sport on every continent around the world raise well over 1 million through sports crowdfunding.

Without further ado, we countdown the 10 best sports movies ever – enjoy!

Making a film about the pioneering use of an obscure baseball statistic to build a failing MLB side’s roster must have been a tough pitch in a Hollywood exec’s office, but Brad Pitt and company pulled it off, making a very watchable movie about challenging conventional wisdom.

Annoyingly the term ‘moneyball’ is now banded around incorrectly at least 80 per cent of the time on these shores, but they can’t really be blamed for that.

The 10 best fictional characters of all time! 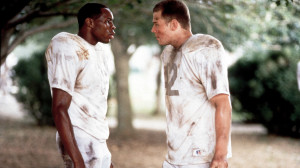 A classy Denzel Washington biopic that tackles the issues of race relations and integration in 1970s Virginia. Helped launch the careers of the likes of Ryan Golsing, Hayden Panettiere and Kate Bosworth, among others.

A heavy one, particularly for all you MMA fans.

Tom Hardy plays an brooding ex-Marine who enlists the help of his alcoholic father to train him for an international cage contest, only to face his brother in the final.

And it the final scene which uses the instant classic ‘About Today’ from The National doesn’t move you, you have no heart.

The most watched sports 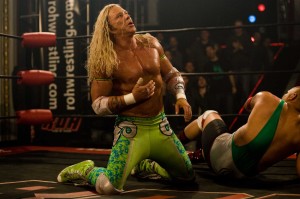 If, like a lot us, you don’t consider wrestling to be a sport, then Darren Aronofsky’s 2008 is an eye opener. Micky Rourke plays a broken former superstar, living out his days in a trailerpark, earning minimum wage as the film hones in on the gritty details of the sport such as wrestlers using blades on themselves to make their injuries more visceral.

A comeback soon follows as he wrestles (hey, that’s a metaphor) with life outside the spotlight.

This gritty piece of work saw Rourke nominated for an Oscar as he put in a mesmerising performance.

For brevities sake, I’m only putting Rocky in once. Sylvester Stallone career-defining role has had it’s ups and downs, but in terms of a pure, adrenaline-fuelled against-the-odds sports film, the first is hard to beat.

Oh and in case you were wondering, this is the definitive order in which to rank them: I, IV, Creed, II, III, Balboa, V.  Ad them all together and they might be the best sports movie ever!

The funniest or most unfortunate names in sport 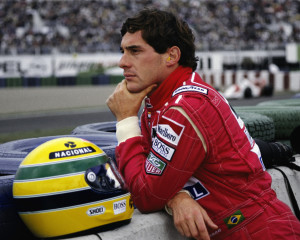 A spellbinding documentary that profiles the Brazilian F1 legend, unearthing press conferences, home movies and other unseen footage that puts you in the shoes of the enigmatic driver.

Far more than just a posthumous honouring of one of the most talented sportsmen of his generation, director Asif Kapadia shows how concerned with safety Senna was before the tragic circumstances at the San Marino Grand Prix in 1994 which ended his life.

This instant classic, this tale of “Fat Eddie” Felson’s journey through dark smoky pool halls as he faces a day of destiny against Minnesota Fats was responsible for reinvigorating the whole sport.

Director Robert Rossen helped Newman on his way to his best ever performance in a role he would reprise under Martin Scorsese for 1986’s Color of Money.

The 10 most extreme sports

3. When We Were Kings 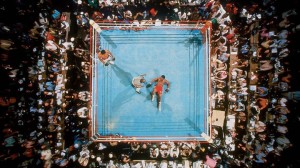 It took two decades for this film to be completed, but it was worth every minute of the wait.

Director Leon Gast flew out to Zaire for the 1974 ‘Rumble in the Jungle’ between Muhammad Ali and George Foreman but was not able to raise the funds to complete it until 1996.

But that merely serves to add a huge layer of perspective to the fight, which saw underdog Ali again shock the world with his rope-a-dope tactics against the then-undefeated heavyweight champion.

The training footage of Ali alongside local children is astonishing, while the talking heads of Norman Mailer and George Plimpton help to deliver the final word on one of the 20th century’s most remarkable sporting events.

Director Martin Scorsese once admitted “I don’t know anything about boxing”, but the sport has provided him with the subject of perhaps the legendary film-maker’s best movie.

Robert De Niro puts in a career-best performance as the late Jake LaMotta, a middleweight contender that is wrestling with his demons as Scorsese paints a picture of the psychological make-up you need to have in order to enter the ring.

Beautifully shot in a brooding black-and-white, every shot in this movie could be framed and hung up on a wall, it looks that good.

The fight scenes are like nothing else committed to film before or since, as the camera whirls around the ring, with strange primal sounds bleed into your ears.

Production famously shut down for four months while De Niro ate his way around Italy to put on weight to play the aging LaMotta as he fought to come to terms with life outside the ring, quoting Brando in On The Waterfront in front of a nightclub audience.

Not that you need it, but the passing of the real-life LaMotta is a perfect reason to revisit one of the best sports movies ever made.

We analyse which are the fittest sports 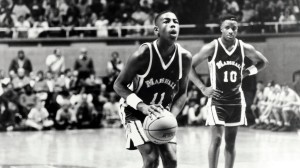 Topping our list is this 1994 epic three-plus hour documentary that follows two African-American teenagers who dream of making the NBA.

Over a course of five years from the ages of 14 to 19, we follow the progress of Arthur Agee and William Gates and their ups and downs as they look to break out from the Chicago housing projects to the biggest stage of all.

Epic in scale, Steve James’ film tackles a plethora of issues including the weight of expectations, economic discrimination, racism, growing up and the pressure of trying to lift yourself and your family out of povery.

One scene features possibly the tensest free throw in the sport’s history, while Spike Lee is also drafted in to discuss modern corporatised college hoops: €œNobody cares about you. Youre black… This whole thing is revolving around money!€.

If you’ve not seen it, watch it. There are no other films like it out there.