Without doubt tennis’ Open era has produced some incredible champions since its inception, but who from the women’s game ranks among the 10 best tennis players of all time?

*When there’s so little between so much of the talent on this list, getting it 100% correct is a real mission so please let us know what your top 10 looks like!

At PledgeSports, we’re die hard tennis fans and have helped players from all levels and ages raise money for tennis through sports crowdfunding.

Known for her mental and physical toughness, Justine Henin was one of the most athletic women to ever play the game. Despite her small stature, she packed a powerful punch and played a complete game that included a powerful serve and a forehand shot that she hit with both power and accuracy.

In 2003, she achieved the number one ranking in the world, having won both the French Open and the US Open. In 2004, Henin won the Gold Medal at the Athens Olympics to go along with her first Australian Open title.

Tennis is 1 of the 10 Most Popular Sports on earth

She won seven Grand Slam titles in her career but retired abruptly in 2008 citing burnout from over twenty years of competitive tennis. A brief comeback in 2010 was short lived, and she retired for good in early 2011. 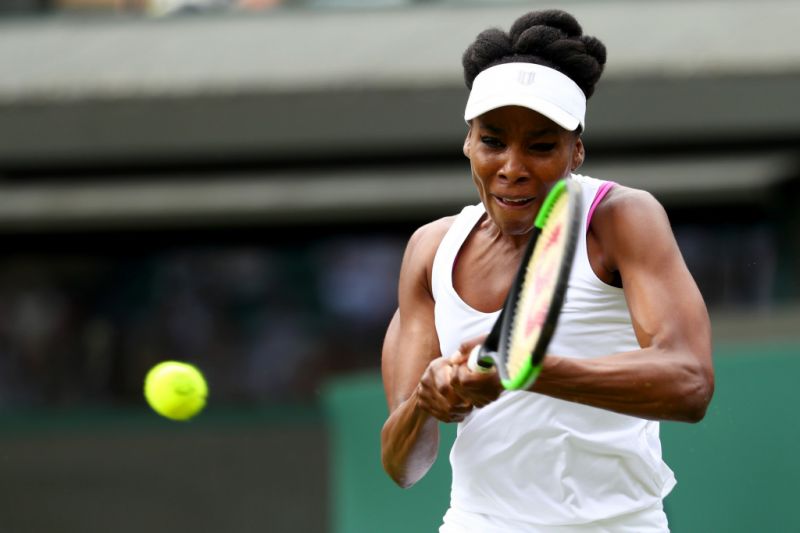 If not for having to compete against her sister Serena, Venus Williams may very well have had many more Grand Slam titles to her name. The sisters have gone head-to-head in a Grand Slam final eight times with Serena winning six of those matches.

While Venuss career has been fraught with injuries, there is no doubt that in the early 2000s she was the woman to beat on tour. Between 2000 and 2001, Venus captured four of her seven Grand Slam victories. In 2002, she finally attained the number one ranking in the world, a spot she would capture on three separate occasions.

Venus is back to playing at a high level, climbing back into the top twenty in the world following her run to the 2017 Australian Open and Wimbledon final.

Often overlooked because she played during the Chris Everett and Martina Navratilova era, Goolagong was the epitome of grace and beauty on the court. Despite playing during one of the most competitive periods in womens tennis, Goolagong was still able to win seven Grand Slam titles and in 1976 was ranked number one in the world.

She has the distinction of being the only mother since before World War I to have won Wimbledon, having won the title in 1980 after giving birth to her daughter in 1977.

The only Grand Slam title to elude her was the US Open, where she reached the finals in four consecutive years, 1973-1976. 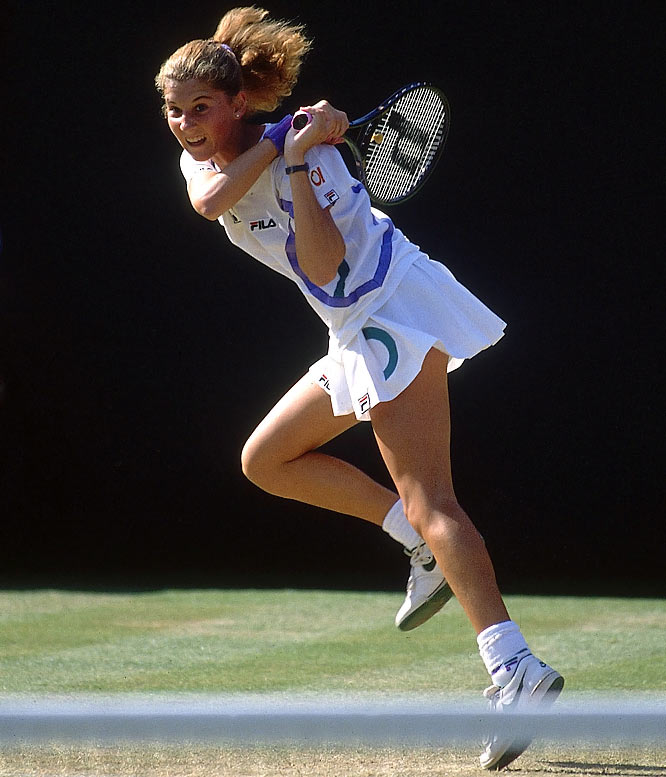 Seles began a two-year domination of her sport at age 17 when she assumed the No. 1 world ranking. She won seven of nine Grand Slam events from January 1991 through January 1993.

Her career took an unfortunate turn when a crazed fan stabbed her during a match in April 1993, which led to a two-year playing hiatus. She went on to win the 1996 Australian Open but never returned to the level of her previous success.

Chirs Evert once said Seles would have won six or eight more majors were it not for her bizarre injury.

The 10 best mens players of all time

It’s not easy to identify the career zenith of a player who won a record 24 Grand Slam singles championships and another 40 in doubles. But even in that context, the streak Court enjoyed from January 1969 to January 1971 is extraordinary.

She won eight of the nine Grand Slam singles titles during that span, including six in a row. Court was also the first female player to complete the women’s Grand Slam of the Open era. 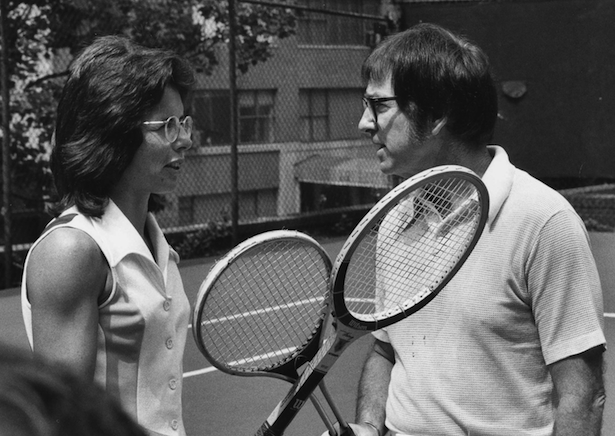 Many observers know King best for her historic victory over outspoken former Wimbledon men’s champion Bobby Riggs in the famed Battle of the Sexes in 1973.

Riggs had repeatedly disparaged female tennis players and boasted that, even at age 55, he could beat King. Instead, King beat Riggs in straight sets to earn a $100,000 payday that was witnessed by an estimated 50 million television viewers.

Much more impressive, however, are her record 20 Wimbledon championships — six in singles, 10 in doubles and four in mixed doubles.

As a teenager, Evert proved her upset of 24-time Slam winner Margaret Court in 1970 was no fluke when she tore to the 1971 US Open finals opposite Billie Jean King at age 16 to become an overnight sensation.

The newspapers called Evert “Chris America,” and King proclaimed “She’s the one!” who would replace her atop women’s tennis and take it to new heights. Probably one of the mentally toughest players in tennis history, Evert would remain at the top of the women’s game for many years. 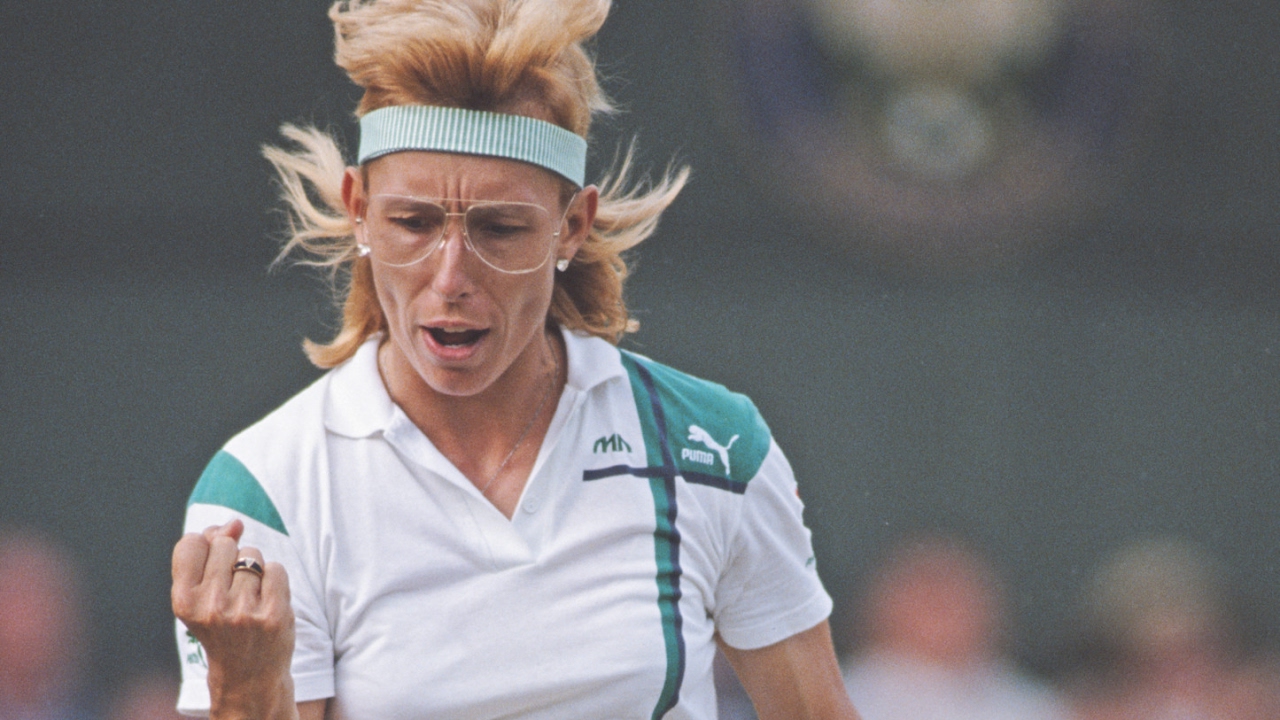 Navratilova’s decision to defect from communist-run Czechoslovakia in 1975 at the age 18 was the defining moment of her career.

She didn’t feel she’d reach her potential if she stayed behind the Iron Curtain and allowed the Czech Federation to decide where and when she could play.

Navratilova’s 167 singles titles and 177 doubles titles are both records.

Tremendous foot speed and probably the best mover with the best footwork of that generation, Graf was at her best in big matches.

Bud Collins called her Fraulein Forehand for a reason, it was a huge weapon for her. The serve was solid, and she had a reliable backhand, but her movement is what put her above the rest.

Here are 10 reasons why Tennis will make you live longer

With 22 Grand Slam titles, including all four majors plus an Olympic gold in 1988 – a feat which has never been recreated, Graf is certainly one of the best tennis players to have graced the women’s game. 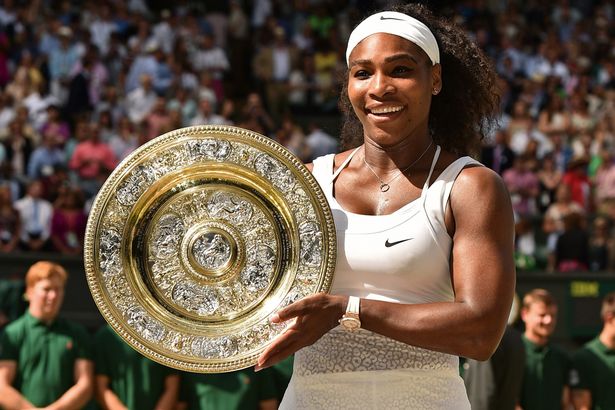 Richard Williams said when Serena and Venus were teenagers that Serena, though younger, would turn out to be the better player between his two daughters.

Serena’s first Grand Slam win against Venus at the 2002 French Open – her first win in four matches against Venus at a major – launched her on the path to 22 more major titles and a 17-11 head-to-head mark over Venus.

Serena Williams is part of a growing list of athletes over 35 still dominating their sport, here’s a few more

Serena now trails only Margaret Court’s all-time record of 24. To this day, she and Venus still dislike playing each other.