9 Biggest Football Stadiums In The World

With hundreds of millions of fans around the world, football naturally has some huge stadiums to accommodate its monstrous following.

At PledgeSports, were huge football fans and have helped individual players and teams, of all ages and levels, raise money for football through sports crowdfunding. 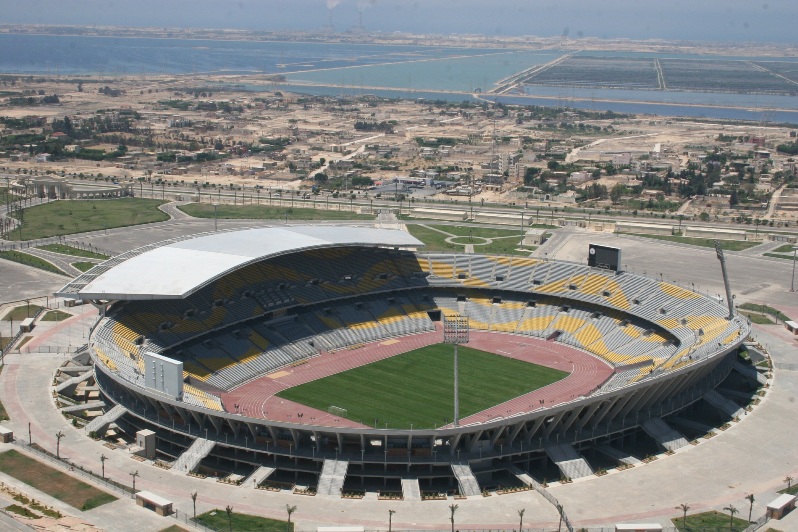 First up on our list of biggest football stadiums is Borg El Arab.

These 5 agents are the greediest in football €“ 1 of them is Guardiolas brother!

Located in Egypt, the Borg el-Arab Stadium was built in 2006 in the Mediterranean Sea resort of Borg el Arab. The Stadium was originally commissioned as part of an ambitious 5 international standard stadiums project for Egypts bid to host the 2010 FIFA World Cup.

Located in the National Sports Complex to the south of the capital city of Malaysia, Kuala Lumpur, Bukit Jalil National Stadium is an 87,411 capacity all-seater stadium and one of the biggest stadiums ever.

These are the most expensive signings in footballing history

It was officially inaugurated by the 4th Prime Minister of Malaysia, Tun Dr Mahathir Mohamad, on January 1st, 1998 ahead of the 1998 Commonwealth Games and it staged the Games opening ceremony. 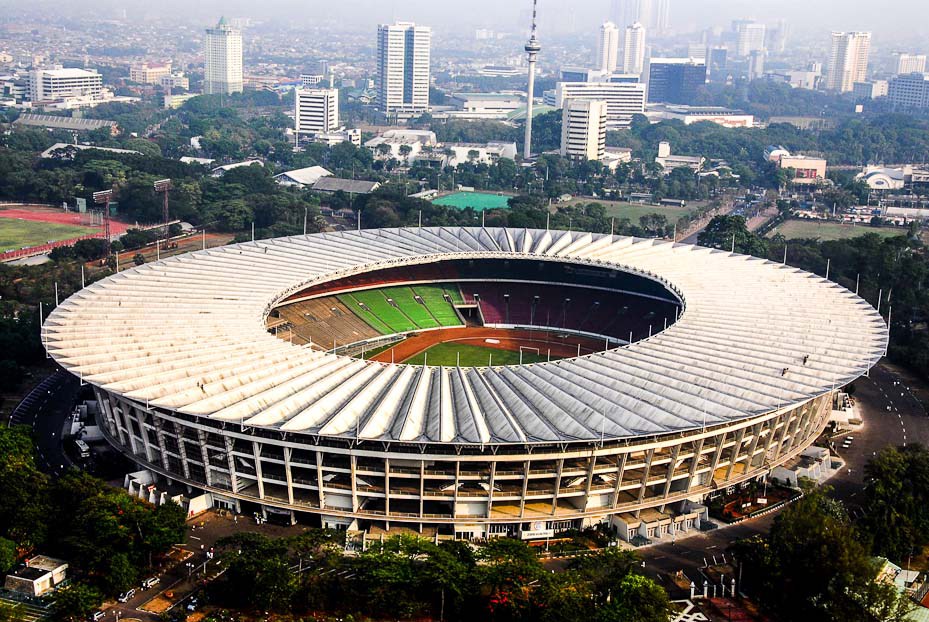 Built in the 1960€²s at a cost of almost $20 million dollars, the stadium has been one of the biggest football stadiums in the world ever since.

After the original Wembley Stadium was demolished in 2002-03, work began on the new ground shortly after.

Ever wondered who the richest clubs in England are? Heres your answer

Home to football in England, the new Wembley opened in 2007 at a cost of £798 million. Recognisable from its 134-metre high Wembley Arch, the stadium has always been among the biggest football stadiums on the planet. 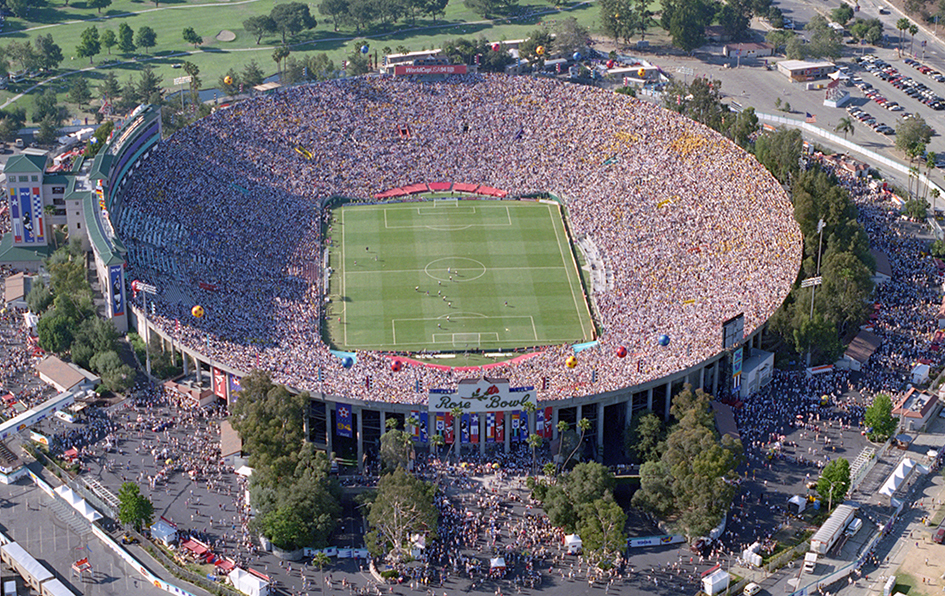 Built in 1922 among the San Gabriel Mountains in the Arroyo Seco of Los Angeles County, the Rose Bowl is recognised as a United States National Historic Landmark and a California Historic Civil Engineering landmark.

The FNB Stadium, also known as Soccer City and The Calabash, is a stadium located in Nasrec, bordering theSoweto area of Johannesburg, South Africa.

The venue is a home ground of Kaizer Chiefs F.C. in the South African Premier Soccer League as well as key fixtures for the South African national football team. As one of the biggest football stadiums in the world and Africas largest, it hosted the 2010 World Cup Final. 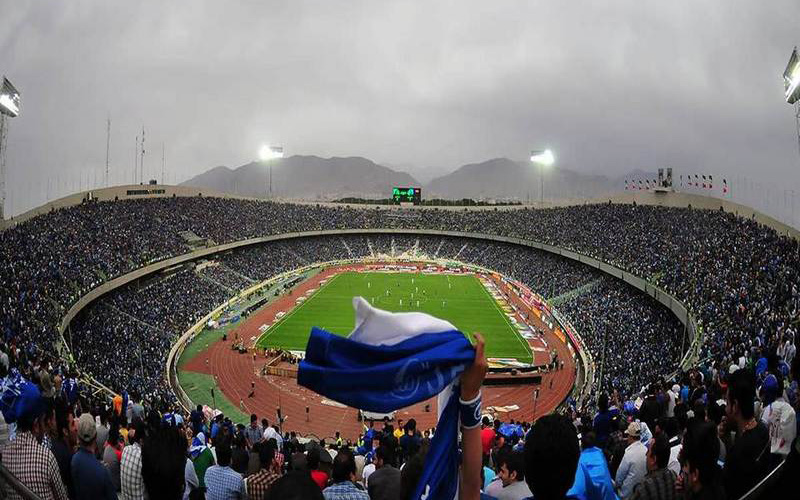 Azadi Stadium, initially known as Aryamehr Stadium, can be found in Tehran, Iran. Opened in 1971, it is home stadium of the Iran national team.

The official capacity of the stadium is 95,225, although it can hold more than 100,000spectators, making it an undisputed member of the worlds biggest football stadiums.

Estadio Azteca stadium in Mexico City is among the top three biggest football stadiums in the world with a seating capacity of 95,500.

Its construction began in the 1960s, with the intention to accommodate the increasing support of Club America and also Mexicos venue for the World Cup in 1970.

It was officially opened in 1966, and while the stadium could technically support a capacity of 115,000, it has been reduced because of the safety measures. 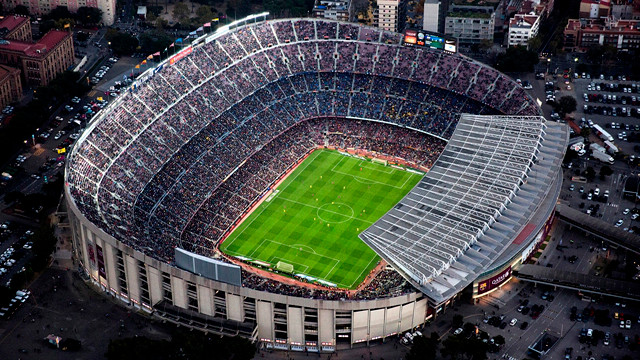 Home to the famous FC Barcelona, Camp Nou tops our list of the worlds biggest football stadiums. Since 1957 it has hosted many incredible spectacles, including the 1992 Olympics, and numerous finals of the UEFA Champion Leagues.

The stadium took a span of three years to be constructed at a cost of around 288 million pesetas.